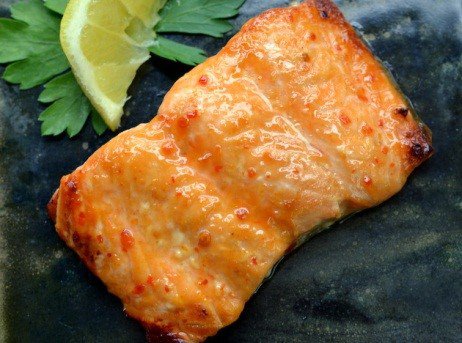 This glazed salmon can be plated with a side salad for a light lunch or served at an elegant dinner party. You can prepare this dish and pop it in the oven in a matter of minutes so it won’t keep you slaving in the kitchen when you have company. Country Sweet Sauce, hot or mild, creates a perfect glaze that compliments the rich taste of Atlantic salmon perfectly. The whiskey just kicks everything up another notch!

For more information feel free to get in touch through our contact page.
Thanks for making Country Sweet one of the leading flavor enhancers for over 40 wonderful years!

Where to buy Shop online

Where To Buy
Shop Online